Peritus has now completed a project on pigging a subsea tie-in of a new 14” oil export pipeline into an existing 30” trunkline.  The project was part on a new field development that requires access to an existing trunkline for export to an onshore terminal.  The project was undertaken alongside a more conventional approach where the export pipeline is tied-in with a nearby platform that has access to the trunkline via a short pipeline.  The alternative subsea tie-in is near the upstream end of the trunkline and bypasses the nearby platform and short pipeline.

The primary purpose of the study was to evaluate the feasibility of recovering cleaning and inspection pigs from the 14” oil export pipeline where:

The pipeline approach is shown in part below.

The main challenge of the project was recovery of the 14” cleaning pig using a bulldozer pig sent through a 30” pipeline.  An unequal wye was designed so that the 14” cleaning pig fully enters the crotch space of the wye and would be readily pushed out, without jamming, on arrival of the 30” bulldozer pig.  The design required extensive 3D solid modelling of the wye crotch space for optimal arrangement of the 14” and 30” inlet branches and 30” outlet.

Other challenges addressed included bulldozing through an existing 30” equal wye and designing a PLET piping system for installation and retrieval of a subsea trap for intelligent pigging while maintaining continuous oil export to the trunkline. 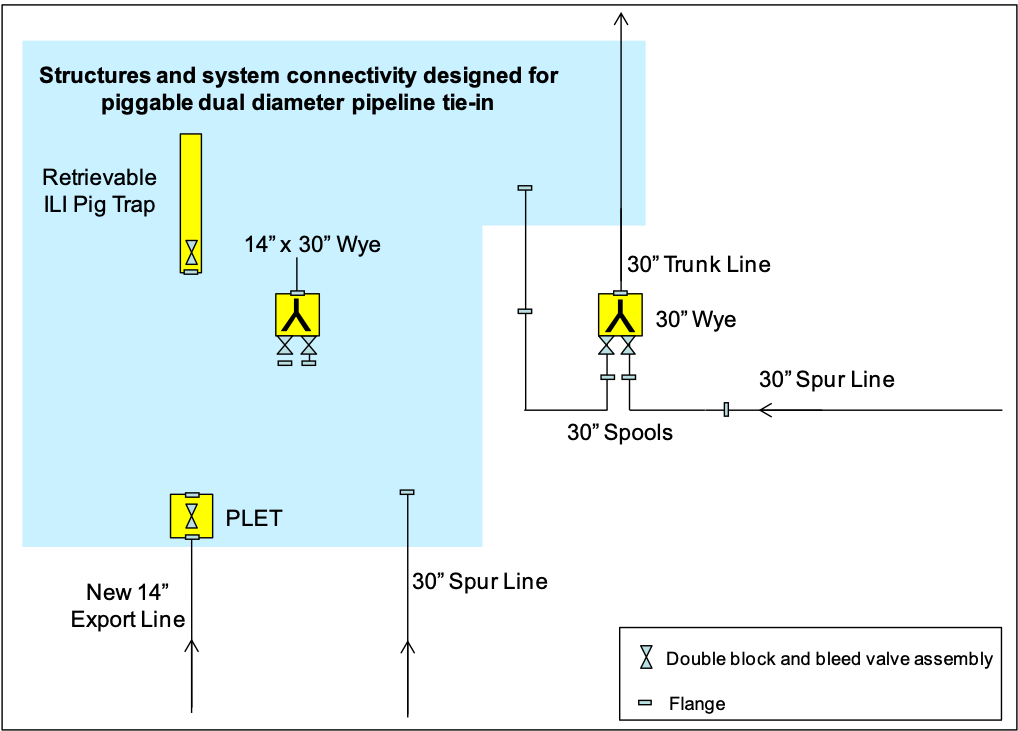